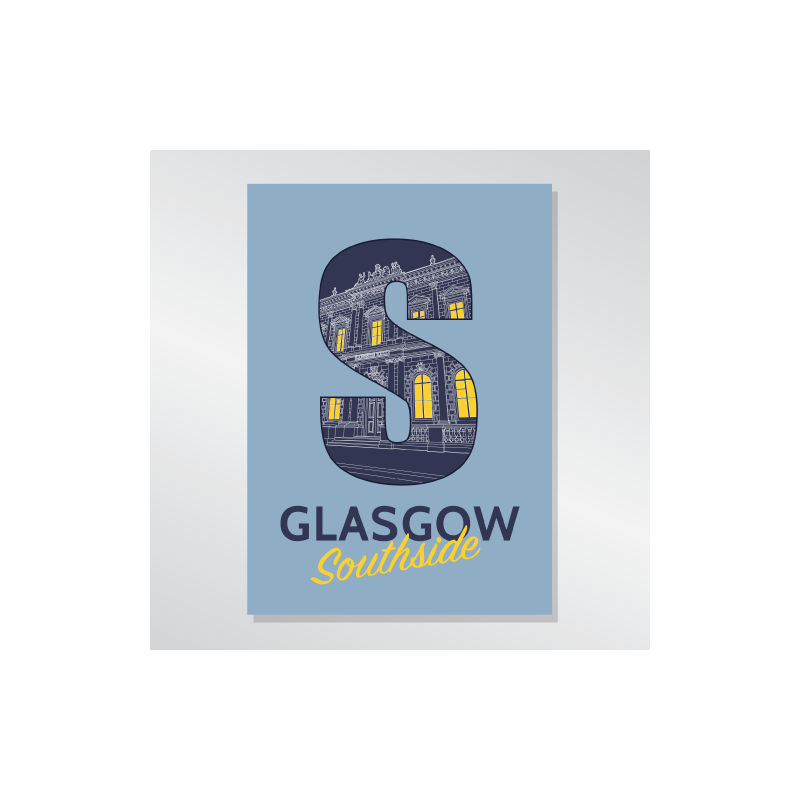 The fifth image in the Southside series features the Langside Halls which are located on the edge of Queen's Park in the Southside of Glasgow. This vibrant print can help brighten up any wall!

This print features the Langside Halls, a prominent landmark on the edge of Queen's Park in the Southside of Glasgow.

Langside Halls has been located on the edge of Queen's Park since 1903, however that was not its original home, the building was previously located on Queen Street in central Glasgow and was first constructed in the 1840s for the National Bank of Scotland. When the Bank chose to move premises to Buchanan Street at the turn of the 20th century the building was purchased for the City of Glasgow for use as a public hall and was moved to its current Southside location.