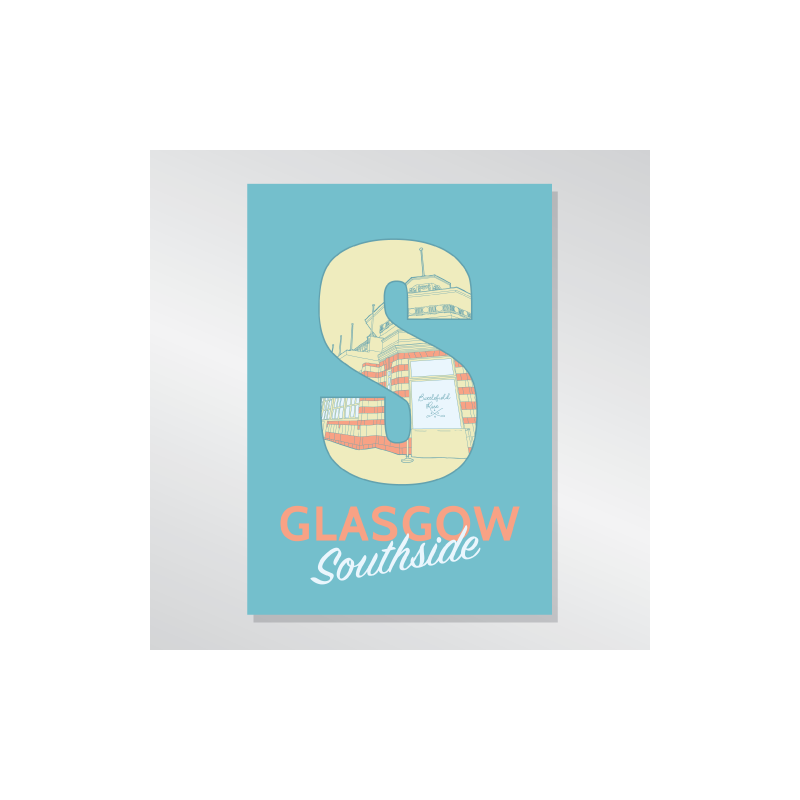 The second image in the Southside series features well known local restaurant the Battlefield Rest. This vibrant print can help brighten up any wall!

This print features the Battlefield Rest, a well known restaurant on the Southside of Glasgow.

The Battlefield Rest has been a well known Southside restaurant for over 25 years now, however the building started life as a tram stop. Constructed in 1914 the building was a winning design that was supposed to be used as a blueprint for tram stops across Glasgow, however the onset of the First World War put a halt to any further construction and in the end this was the only one built. The building fell into disrepair and in the early 90s was saved from demolition by Marco Giannasi who refurbished it and opened the Rest.