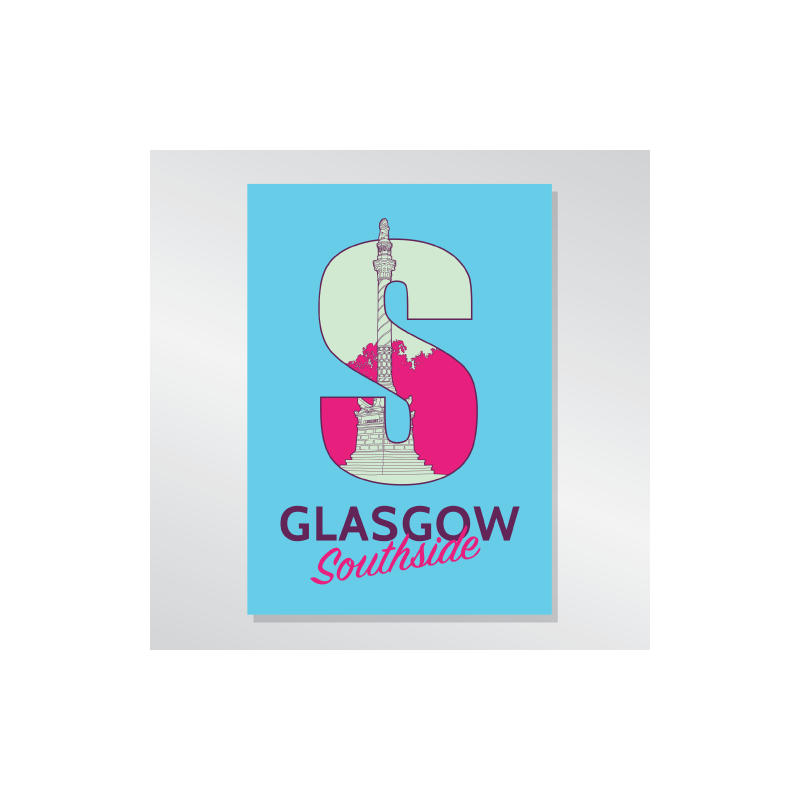 The first image in the Southside Series of prints features the Battlefield Monument, located just outside Queen's Park in Glasgow, this vibrant print can help brighten up any wall!

This print features the Battlefield Monument which is located at a junction just outside Queen's Park in the Southside of Glasgow.

Erected in 1887 the Battlefield Monument commemorates the Battle of Langside in 1568 between the forces of Mary Queen of Scots and her half brother, the Earl of Moray, John Stewart. John Stewart was acting as the Regent of Scotland on behalf of his young nephew, Mary's son, James VI. James VI would later to go on to be ruler of both Scotland and England following the Union of Crowns 1603.