To celebrate Halloween I have made this illustration which features Glasgow’s most famous bogle, the Gorbals Vampire. You can read more about the story below. 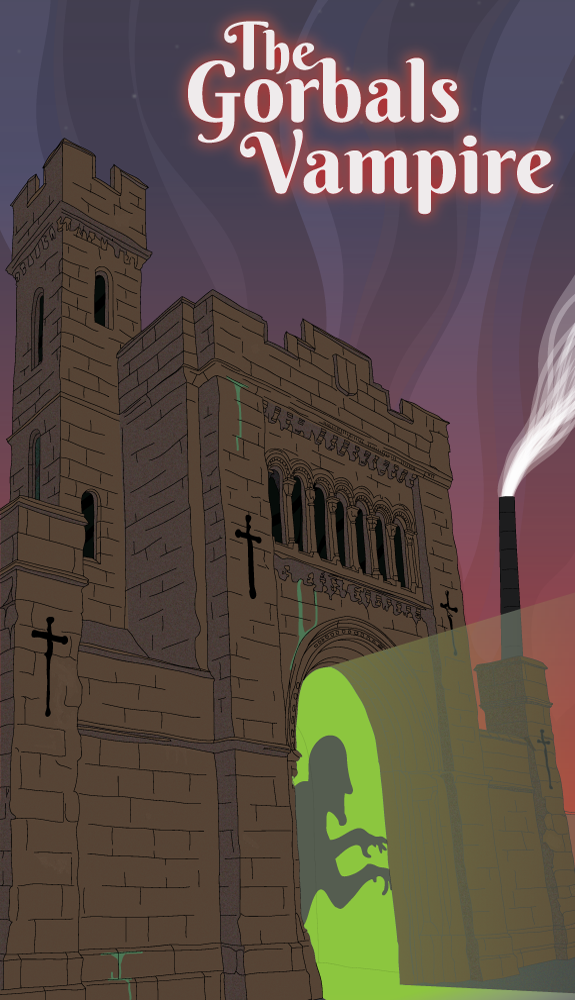 In 1954 the police were called out on several successive nights to the city’s Southern Necropolis where gangs of children were running about with axes, knives and crucifixes hunting for a 7ft demon with steel fangs who they believed had eaten two local children. The incident inspired a play at the Citizen’s Theatre and is marked with a mural nearby. The image shows the shadow of the vampire cast against the entrance to the Southern Necropolis, in the background you can see the chimney and the red glow of the old Dixon’s Ironworks which used to be located just behind the cemetery.

You are here: Home / News / The Gorbals Vampire